This is a full chapter about The Hinterkaifeck Murders from my book True Crime Stories Vol.4.

In the early 1920s, the people of Germany faced numerous hardships. The government was forced to pay reparations for World War I to France and Great Britain and it lost 13% of its territory as part of the Treaty of Versailles. The reparations, combined with war time debts, placed the new government based in Weimar at a serious disadvantage.

The Weimar government’s answer to the problems was to print more money, which led to the process of hyperinflation that coursed through Germany from 1921 through 1923.

Hyperinflation is not simply an increase in prices, but is an increase in the prices of commodities by at least 1,000%! Obviously, one does not need to be an economist to understand that hyperinflation can destroy an economy and the social and political stability of a nation along with it.

The situation caused Germans to burn their money to heat their homes because the money became virtually worthless, and worse yet, it created havoc on the streets and throughout the countryside.

Political crime increased dramatically, as once obscure political factions from the far right and left of the political spectrum fought each other for supremacy on the streets.

Street crimes, such as muggings and burglaries, also saw a significant increase in early 1920s Germany. The Weimar government seemed unable to stop the violence and desperation that had gripped Germany. Things were bad and only seemed destined to get worse.

This era of violence and hopelessness was the backdrop for one of the most brutal and mysterious multiple homicides in modern German history known as the Hinterkaifeck murders.

The strange sounding name for this case, at least strange sounding to non-German speakers, is derived from the name of the village of Kaifeck, which was the nearest town to the site of the murders. The murders took place on a farm that the owners had named “Hinterkaifeck,” meaning “behind Kaifeck.” If you were to travel to Kaifeck today, you would not think that it could be the location of one of Germany’s most notorious crimes.

In 1922, the farmstead of Hinterkaifeck was located in the idyllic hill country of Bavaria, about forty miles from Munich. At the time, most of the people in the area worked in agriculture and it was a place where neighbors knew one another. The farmers around Kaifeck often gladly helped their neighbors at harvest time and were charitable during the lean winter months. The warm, communal spirit of the rural area around Kaifeck was known throughout Germany.

But in early 1922, the peaceful, idyllic surroundings of rural Bavaria were shattered when the bodies of five members of the Gruber family and their maid were discovered at the Hinterkaifeck farm.

On April 4, 1922, neighbors began to worry when they had not seen any of the members of the Gruber family for several days. The people living at Hinterkaifeck were the patriarch, sixty-three-year-old Andreas and his seventy-two-year-old wife Cazilia. Along with the elder Grubers, their thirty-five-year-old widowed daughter, Viktoria Gabriel, and her two children, seven-year-old Cazilia and two-year-old Josef, also made the farmstead their home. To round out the residents of Hinterkaifeck was the maid, forty-four-year-old Maria Baumgartner.

Since a number of people lived at the farm, including two children, it was normal for the neighbors to see the Grubers coming and going, or for someone to be seen doing chores. When no activity was seen around Hinterkaifeck for several days, the neighbors became suspicious and noticed that the mail had not been picked up.

The local authorities were called to investigate.

The police first checked the house where they were horrified to find little Josef and Maria Baumgartner both dead in their beds. The shock of the initial discovery was quickly compounded when investigators found the bodies of Andreas, Cazilia, Viktoria, and little Cazilia in the barn.

An autopsy revealed that they were beaten and hacked to death with a mattock.

Investigators assigned to the case immediately established a chronology by working backwards from the discovery of the bodies, along with eyewitness testimony of the last reported sightings of the family, to determine that the murders took place on March 31, 1922.

The investigators knew how and when the Gruber family was murdered, but they quickly found out that finding the perpetrator, or perpetrators, would be elusive.

In many ways, the investigation of the Hinterkaifeck murders was ahead of its time procedurally speaking. The police pursued numerous leads and kept an open mind to different theories and techniques. Over 100 men from the area were investigated and questioned, but no arrests were made.

The initial investigation did turn up some mysterious and bizarre details about some incidents that took place at Hinterkaifeck just prior to the murders.

According to the Grubers’ neighbors, in the days just before the murders, Andreas said he noticed some footprints leading to the house, but not away from it. This alone would not normally be enough to raise an alarm, but it turned out that the Hinterkaifeck farm experienced several other strange incidents in the weeks leading up to the murders.

Other members of the Gruber family also told neighbors that they heard some sounds in the attic that sounded too big to be a small animal. Andreas crawled into the attic to check the source of the sounds, but found nothing.

The Grubers also said that they noticed some items missing, namely a set of house keys, and that they found some things that were out of place, like a newspaper that no one in the family claimed.

Then there were the maids.

The maid who worked at Hinterkaifeck farm prior to Baumgartner left after only six months because she thought the farm was haunted.

Baumgartner was murdered on her first day on the job!

Was Hinterkaifeck haunted and cursed by malevolent spirits? As strange as that may sound, many people at the time believed so and a quick search on the internet reveals that some people still hold this belief.

After investigators collected the statements of the neighbors and interviewed men from the area, it seemed as though there were no suspects in the macabre case. At their wits’ end, the local police decided to remove the skulls from the victims in order to have a clairvoyant in Munich offer any suggestions or leads.

The lack of arrests in the Hinterkaifeck murders troubled the citizens of rural Bavaria, but the police did have some theories—although one of them reached into the realm of the bizarre.

One of the early suspects was actually a dead man, Karl Gabriel. Gabriel was the husband of Viktoria and father to little Cazilia, but he supposedly died on the Western Front during World War I. Since his body was never recovered from the battlefield, some people speculated that he actually survived and then deserted to keep from being sent back to the front.

There are some obvious problems with this theory.

Although Gabriel’s body was never recovered, his comrades all claimed to have seen him die. It was not an uncommon occurrence for bodies of soldiers killed on the battlefield, especially the Western Front, to never be recovered during World War I. Thousands of men routinely died at a time fighting for land the size of a football field and in the confusion identity tags and papers were often lost, destroyed, and misplaced. The use of chemical weapons also made entire regions uninhabitable and so bodies were often left to rot.

Then there is the question of motive.

The initial investigation of Gabriel did not turn up a clear motive he would have to murder six people in cold blood. It seems unlikely that Karl Gabriel would stage his own battlefield death, desert the army, and then wander around Germany for a few years before killing his family.

With that said, some circumstantial evidence points toward Karl’s wife being the primary intended target of the murderous rampage.

Viktoria’s body received more damage than any of the others—she and her mother were the only two strangled and beaten, but Viktoria was beaten worse.

Then there was the question of little Josef’s paternity.

Since Karl was allegedly killed during the war, he could not have been Josef’s father. Neighbors suspected the father to be a local man named Lorenz Schlittenbauer. Schlittenbauer was in fact Viktoria’s suitor at the time, but the police were never able to link him to the crimes, primarily because he had no motive, even if he was Josef’s father.

The more investigators searched the backgrounds of the Gruber family the more they learned that they were not such a normal family.

Many believed that Andreas was actually the father of Josef and pointed out that the Gruber patriarch was actually prosecuted for incest with his daughter, although he was acquitted.

Again, even if it were true that Andreas and Viktoria had an incestuous relationship that produced Josef, it does not seem like a motive to murder the entire family.

And how would Andreas have beaten and hacked himself to death with a mattock?

The dead ends concerning familial suspects led investigators to believe that the motive was robbery and the perpetrator, or perpetrators, were actually motivated by financial reasons. But the police quickly dropped this theory when they discovered that a sizable sum of money, which would have been easily found by burglars, was still in the house. In another strange twist to an already bizarre case, it was also learned that the killer, or killers, had fed the cattle, used the fireplace, and ate the family’s food.

All of this led the investigators to conclude that the killer, or killers, who were familiar with a mattock, were probably farmers.

Due to a lack of leads, the Hinterkaifeck murders quickly turned cold and unfortunately, due to the German economy’s collapse because of hyperinflation, the case eventually fell out of the headlines and receded to the back of the minds of most Germans.

But not everyone has forgotten about the victims of Hinterkaifeck.

The Aftermath and New Revelations

In order to prevent the farm from becoming a ghastly pilgrimage site, Hinterkaifeck was demolished in 1923, which actually turned up the mattock that was used to murder the Grubers and their maid. The victims, without their heads, were given a proper burial and most of the surrounding community moved on from the horrid events of March 31, 1922.

In the years after 1923, the Hinterkaifeck murders had to take a back seat to major geo-political events that involved Germany. First World War II, then the partition of Germany into West and East Germany, followed by the Cold War, all meant that the nation’s resources were spent on things other than trying to solve the Hinterkaifeck cold case murders.

But recently, thanks in part to advances in forensic technology and techniques, as well as Germany’s reunification and stabilization, efforts have been made to solve the Hinterkaifeck murders. In particular, a group of police academy students did a case study of the murders and came to some conclusions.

The academy students argued that the Hinterkaifeck murders went cold largely due to crude forensic techniques at the time. Their report stated that all the potential suspects are now dead and that they established a prime suspect, but could not name the person publicly due to German law.

The Hinterkaifeck murders have also seen a resurgence of popularity among the general public worldwide.

Dozens of websites, often conspiratorial in tone, litter the Internet and two German language films titled Hinterkaifeck have been produced. Several books and articles, both academic and popular, have also been published that deal with the Hinterkaifeck murders and the question of who, or what, killed the Grubers and their maid.

Since the name of the suspect will not be made public anytime soon, it only stands to reason that the number of theories concerning what happened at the Hinterkaifeck farm will continue to multiply.

Check out True Crime Stories Vol.4 and see more chilling cases like this. 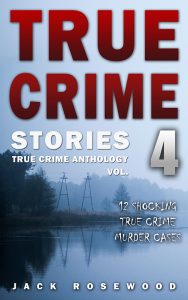